Framlingham is a small market town buried in the Suffolk countryside.  It would be a fairly unremarkable place - beamed, thatched cottages are all over Suffolk - if it wasn't for... the amazing Framlingham Castle.  It's a 12th Century fortress, once the refuge of Mary Tudor (Bloody Mary) before her accession to the throne in 1553, which makes it special enough - but it's even more special to me.  It was here ... cue drum roll ... that my daughter cut her first tooth! Ta-da!  She was such a lovely, sunny little baby that we didn't even realise until I fed her before we left for home, bless her.
Another memorable family story was born on that day, too.  My daughter was only about 3 and a half months old and still small enough to fit into a body-sling, which my husband was wearing. There is not a lot left of the castle apart from the outer walls and towers, so the tour involves climbing the towers and walking around the tops of the walls on walkways (not quite as dangerous as I've made it sound.) Now, I already knew my husband reacts strangely to heights as on a ferry he once told me to take the bag with the passports and money in just incase he threw it overboard (!) At this point, you can probably guess where this story's going.  Suffice to say that I had to take over the wearing of the baby sling.  Thankfully, with the baby still in it! 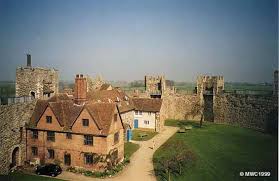 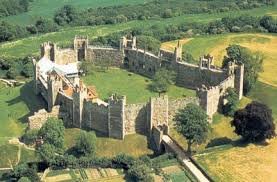 I can relate to your husband's reaction to heights. I'm afraid of heights too, but I react by wanting to jump off if I get too close to the edge. It's actually a very normal reaction to that phobia!

Oooh that's beautiful! What a cute memory of your daughter :') I love those little baby slings too!

I love Suffolk. It is one of the most beautiful places I've ever visited.

Of course a castle makes a place interesting! Especially one with a history like that. Totally want to visit.